CONFESSIONS OF A HERETIC

THE SACRED AND THE PROFANE: BEHEMOTH AND BEYOND 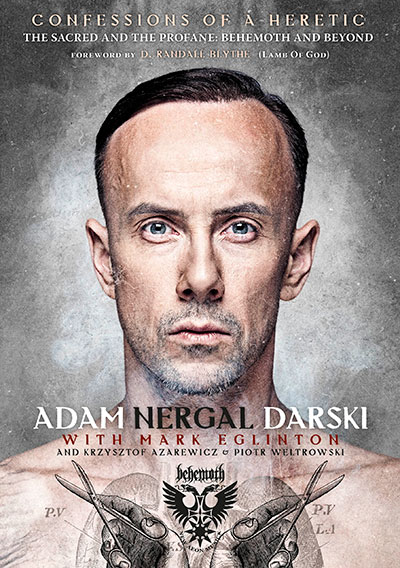 REBELLION IS A PART OF YOUTH. SOMETIMES IT’S DANGEROUS.
INSTEAD OF A SWORD, I HOLD A GUITAR IN MY HANDS. I’M IN THE SAME, RIGID WORLD, BUT INSTEAD OF MOLOTOV COCKTAILS, I’VE GOT A COMPUTER. IT’S A MUCH MORE POWERFUL WEAPON.

Confessions Of A Heretic is the forthright and erudite memoir of Adam Nergal Darski, the frontman and driving force behind the Polish extreme metal group Behemoth, currently at the top of their game following the release of their 2014 US Top 40 album The Satanist.

Presented as a series of interrogations by friends and associates, and with a foreword by Lamb Of God frontman D. Randall Blythe, the book reveals a complex man of great contrast—a health-conscious, highly personable intellectual known for his extreme views and even more extreme music—lifting the lid on everything from his clashes with the Polish Catholic Church to appearing as a judge on the Polish version of The Voice to his battle with leukaemia.